Tiramisu is a premium Italian dessert recipe renowned for its unique taste and texture. Hence, many people feel that it should be consumed entirely in a single sitting. But, it is not so because you can store Tiramisu and have it later without compromising its taste, texture, and flavor.

So, Can You Freeze Tiramisu?

Generally, you can have it as a single or double helping. It tastes well when had with coffee. If you have any leftovers, you can comfortably freeze them and enjoy them at leisure.

While you can freeze leftover Tiramisu to enjoy later, you can also prepare Tiramisu for large gatherings in advance and freeze them. You can bring it out later to serve them.

An exciting aspect of frozen Tiramisu is that it can taste better than when you make it fresh.

The longer the coffee flavors infuse with the ladyfingers, the more potent it becomes. So, a freshly made Tiramisu can have weak flavors, whereas a chilled serving can be much tastier.

How Do You Freeze Tiramisu?

These tips can help you freeze Tiramisu better.

A plastic wrap is ideal for covering it tightly. You should be careful not to smudge the Tiramisu. Wrap a second layer over it and ensure that it does not expose to air. It prevents the liquids from leaking.

Finally, wrap it with aluminum foil and place it in the freezer.

It is preferable to cut a large batch of Tiramisu into small portions to enable optimum storage. Freezing the entire collection in a single piece might not give the best results.

Ready-made Tiramisu purchased from the bakery comes in airtight containers. They can help freeze Tiramisu. However, you can wrap them in plastic wrap and aluminum foil to give the best results.

How Long Can You Freeze Tiramisu In The Freezer?

Tiramisu is delicious enough to consume in a single sitting. Generally, people finish Tiramisu leftovers in a couple of days. So freezing Tiramisu should not be a problem. However, Tiramisu can remain frozen in the freezer for three months.

How Do You Defrost Tiramisu?

We recommend defrosting frozen Tiramisu in the refrigerator. Most people prefer this mode to transfer the Tiramisu from the freezer to the fridge and allow it to thaw naturally. This process can take time. So, it is advisable to leave it overnight.

It is advisable to keep the Tiramisu tightly wrapped while thawing. It prevents the liquids from leaking and thus, helps retain the flavor for extended periods.

Once thawed, you can add the toppings, including cocoa powder, before serving. As a result, they remain fresh and enhance the overall taste.

Is There Any Alternative To Freezing Tiramisu?

While freezing Tiramisu is the best way to store it for extended periods, the process has its demerits. The risks include freezer burn, inability to thaw quickly and adequately, and the risk of forgetting that the item is present in the freezer.

So, is there an alternative? As people love to consume Tiramisu within a couple of days, refrigerating it seems a viable option than freezing it. Tiramisu tastes best when it is cold. So, if you do not plan to store it for extended periods, you can refrigerate Tiramisu. But, you should ensure it is consumed soon. Refrigerated Tiramisu does not last for more than four days.

Refrigerating Tiramisu is a good option for people who do not wish to wrap the delicacy, fearing the leakage of fluids. They can store the Tiramisu in the container that it generally comes in.

Nevertheless, freezing Tiramisu is preferable for retaining the flavors and texture compared to refrigeration.

What Happens If The Fluids Leak Out Of Tiramisu When Freezing?

The ladyfingers can get oversaturated when the fluids leak out. The top portions can dry, and the Tiramisu will lose its flavors.

Can You Defrost Tiramisu In The Microwave?

You should not defrost Tiramisu in the microwave because you would like it to be light and spongy.

Can You Thaw Tiramisu At Room Temperature?

Can You Defrost Tiramisu Under Running Water?

Despite its double wrapping, you should not defrost Tiramisu under running water because it can dilute and ruin it.

Can I Unwrap The Tiramisu Before Defrosting?

Unwrapping the Tiramisu before defrosting can cause the liquids to leak. Therefore, it is advisable to keep it wrapped during the thawing process to lock in the flavors.

Can You Refreeze Tiramisu?

You should not refreeze Tiramisu because it could result in mushy ladyfingers and grainy cream.

Can You Freeze Costco Tiramisu?

The Costco Tiramisu label should indicate whether you can freeze it or not. However, we recommend portioning it into consumable pieces in Tupperware containers if you decide to freeze it because Costco Tiramisu could contain a significant quantity.

How Do You Know If Frozen Tiramisu Gets Spoilt?

If frozen Tiramisu is lying in the freezer for more than three months, you can discard it. The smell is a dead giveaway. Bad Tiramisu can taste bland and awful. Similarly, if there are molds or their texture becomes soggy, it is fit for the trash bin.

Tiramisu should be tempting enough to finish in a couple of helpings. But, if you wish to freeze Tiramisu and consume it later, you can. 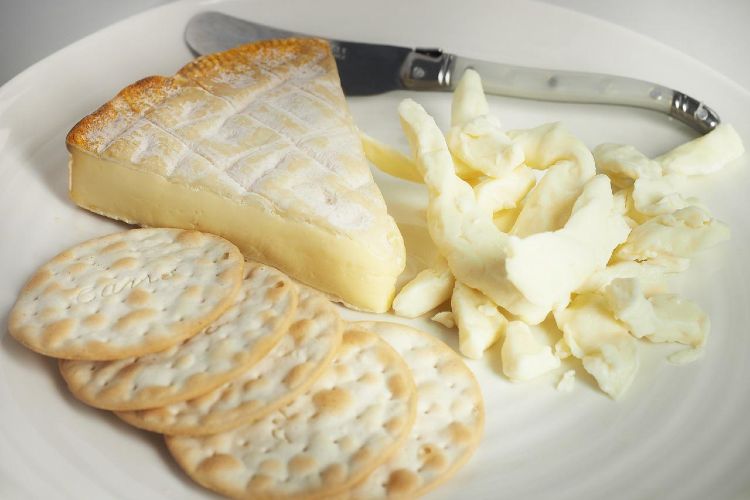