Chorizo is not well-known meat outside Spain, Portugal, and Mexico. However, people who taste Spanish and Mexican cuisine frequently might be aware of chorizo as delightful and versatile meat. So, it is natural for people to be curious and seek answers to questions about storing and preserving chorizo.

Can You Freeze Chorizo?

Any chorizo that has not been cured can be frozen. The process is simple but different for the various kinds of chorizo meat. Before we understand the chorizo freezing process, let us know the two primary forms of chorizo.

Chorizo is a pork sausage processed through a specific process involving putting them into intestine casings with blends of other pork sausages. Here are the two types of chorizo.

Chorizo has a deep red shade compared to the light pink sausages because of the seasoning.

How Do You Freeze Chorizo?

Spanish chorizo is fermented, cured, and smoked. It acquires a chili and garlic flavor making it irresistible. It can be soft or semi-dry, depending on the curing process. Generally, the cured chorizo does not require refrigeration.

Storing Spanish Chorizo is not an issue because the meat has a sufficiently long shelf life. The Spanish chorizo can last indefinitely if you have not yet opened the can. However, you can store it in the fridge for six months after opening it.

Storing Spanish Chorizo In The Fridge

If you notice closely, the methods of freezing and refrigerating are not much different because the curing process has eliminated the moisture from the meat. So, the use of paper towels is to retain the residual moisture and prevent the chorizo from getting dried out. While the refrigerating method preserves the chorizo for six months, the freezing process extends its shelf life to twelve months.

The Mexican chorizo is more versatile and allows you to use it in various recipes. It is the ground chorizo and presents the more popular ways to use them in the kitchen. It is generally sold in casings and resembles ground beef when removed from the casings.

Storing Mexican Chorizo In The Fridge

If the chorizo is in its original packaging, it can last for two weeks. But, if you have sliced or removed it from the casing, the chorizo will last for one week in the fridge. So, freezing the ground chorizo becomes crucial.

So, you can see that the methods are similar, but freezing extends its life span from one week to one year.

How Do You Defrost The Frozen Chorizo?

Generally, the best way to defrost chorizo is to transfer the frozen chorizo from the freezer to the fridge overnight. Then, the chorizo is ready for consumption the following morning.

However, we do not recommend the fast defrosting method for thawing the frozen cured chorizo. Instead, it is better to follow the refrigerator defrost mode.

Can You Refreeze Chorizo?

We do not recommend refreezing raw meat. It can lose its flavor and taste. Instead, we suggest chopping the meat into small pieces before freezing them.

However, you can freeze the cooked chorizo dish prepared from previously frozen chorizo.

Can You Freeze Chorizo Jambalaya?

Chorizo jambalaya freezes well. Since it is a rice dish, it needs storage in an airtight container. Otherwise, the rice can become mushy.

Can You Freeze The Chorizo Ring?

You can freeze the chorizo ring as described here. However, if it is cured chorizo, we do not recommend freezing it.

Can You Freeze Chorizo And Eggs?

Yes, it is possible to wrap the chorizo and eggs and freeze them for later consumption.

Can You Freeze Chorizo Sausages?

Yes, you can freeze chorizo sausages the way described in this article.

Can You Freeze Chorizo Stew?

Yes, it is possible to freeze chorizo stew in the freezer for two months.

Can You Freeze Chorizo Slices?

Can You Freeze Chorizo And Egg Burritos?

Yes, it is possible to freeze chorizos and egg burritos wrapped well in aluminum foil to prevent exposure to air and moisture.

Can You Freeze Chorizo Once Cooked?

Yes, it is possible to freeze cooked chorizo the same way you freeze other cooked meats.

People who have not tasted Spanish or Mexican cuisine might not have heard of chorizo. As it is a type of raw meat, you exercise care when storing it. However, freezing raw meat is possible, provided you wrap it well and prevent exposure to moisture. So, can you freeze chorizo? Yes, you can. But, we do not advise freezing the Spanish-cured chorizo. Instead, you can freeze the Mexican variety that is ground chorizo. 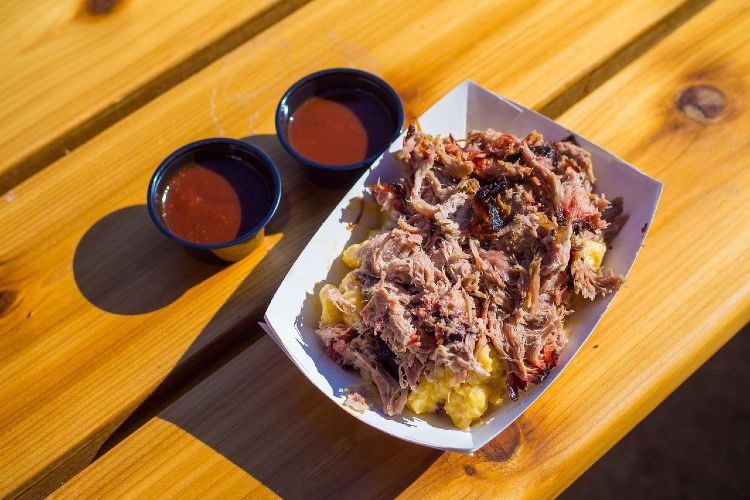